These are the “Game Play Rules” governing how the Title Game is played during the Tournament.


All standard controllers, including mouse and keyboard, are legal. Macro functions (e.g. turbo buttons) are not permitted. Wireless controllers are not recommended during live matches. When a controller fails during a match it is at your own risk and the game/match will not be replayed or rematched in any way.


“Europe” servers will always be used for the European Matches. And players will contact each other via the Tweakers Gaming Live Discord Server https://discord.gg/VUvXm3g - In the RocketLeague Chatroom


Players may not join their designated side until three (3) Players from each Team have joined the Game.


A “Substitution” is defined as changing the Player line-up after a Match has started. Substitutions may only occur in between Games in a Match, and Teams are limited to one Player change. Substitutions are not allowed during the bracket phase except in the event of a disconnect.


During the group stage, after a Match is completed, the winning Team must submit the Match result to Tournament Organizers via Lanergy. The losing Team must also confirm the Match result on Lanergy. Taking a screenshot of the results screen or replay of the Match is strongly recommended in case of disputed results. If a Team disputes a Match claiming a win and submits proof of their claim, the other Team must submit proof of their claim to avoid an automatic forfeit of the Match. Any Teams or Players found to be submitting false or doctored results will be permanently banned from the Tournament and future tournaments.


Players may not compete using guest accounts. All participants must have a unique and valid Steam or PlayStation® Network ID.


In-game observers are not allowed except for Tournament Organizers and their designees.


In the event of a bug or glitch that affects gameplay, the full Match should be played out. If a Team calls for a rematch due to the bug or glitch, they must save the replay and submit it to the Tournament Organizer for review.


Each Team must declare one member of their roster to be the “Team Captain” who represents the Team for all official decisions and serves as the main point of contact for the Team.


Teams may not voluntarily forfeit a Match without prior authorization from Tournament Organizers and, even with authorization, are subject to further penalties for forfeiting.


Teams will communicate with their opponents and Tournament Organizers in a designated chatroom during all online stages of the Tournament. For live events, once a Match has officially begun, communication with anyone not designated as playing within the current Match is strictly prohibited and may result in immediate disqualification of the Player(s) or Team.

Once the match has been paused, the disconnected Player will have three (3) minutes to rejoin before the Game resumes. If the Player cannot rejoin within that time, the shorthanded Team will continue to play out the single Game within the Match series.

If the Player does not rejoin during the same Game in which they disconnected, the Player will have three (3) additional minutes following the Game to rejoin before the next Game of the Match series begins. The disconnected Player may only rejoin during the Game in which the disconnect occurred in or in between Games of a Match series, but may not join in the middle of subsequent Games in the series. If the disconnected Player is unable to join the Game prior to the next Game in the series, the Player’s Team may substitute another Player from their roster (subject to the rules set forth in section 8.2.5). For spectated/broadcasted Matches, if Tournament Organizers identify that a Player has disconnected without being notified they may pause a match to allow the player to reconnect.


Tournament Organizers may pause a Game or Match at any time and for any reason. In the event of a stoppage of play, Players must remain at their devices and may not communicate with other Players until the Game or Match is resumed.

If the game or match is paused or stopped in any way, both teams have to stop playing/practicing to have a flow disadvantage for both teams. This is so technicalities can be worked out without having either team gain a disadvantage.


The Tournament Organizers may order a Game or Match restart due to exceptional circumstances, such as if a bug significantly affects a Player’s ability to play or the Game or Match is disrupted by a Force Majeure or other event.


Any cheating, as determined by the Tournament Organizers in their sole discretion, will result in an immediate forfeiture and additional penalties depending on the severity of the infraction.


Players or Teams who break the rules in this document are subject to penalties including (but not limited to) the following:

Match restart
Loss of Game
Match forfeiture
Temporary Player bans
Permanent Player bans
Prize forfeiture
Any penalties imposed on a Player and/or Team may be made available to the public by the Tournament Organizers in their sole discretion.


Referees may judge to penalize or withhold from penalizing a team/player when the referee deems to do so in his/her fair judgement. A decision taken by a referee is final, unless the head referee overrules the referee by informing him/her of the change in decision.


The referee may consult with the head-referee to alter rules during the tournament. This is only applicable when a rule is deemed unnecessary or an additional rule is requested by players or deemed necessary by the referee.


Players are requested to report any unfairness or discrepancies in the tourneys applicable ruleset. DUH-Events strives for fair and rational tourneys and expects her visitors to do so aswell. 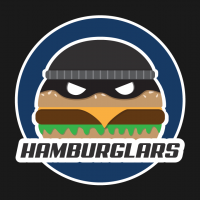